It takes me longer and longer to recover from these weekend ops, especially when I do an all nighter like we did 7-8FEB09.  I am still recuperating and unloading my truck and my weapons. I will be submitting my own AAR in a few days and will likely have what few pics I took posted off to the side in the photo section shortly, before incorporating them in my report. Special thanks to all the stalwart Patriots who braved the nasty weather to help protect the border. We definately made the invaders task a much more difficult one!  And thanks to 36 and U.S. Evolutions for use of the radios and Thermal Eye.  It is an honor to work with and learn from such great Americans!
C1
And now I am proud to present to you: 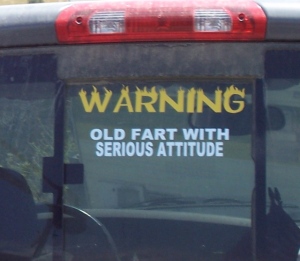 The weather was bad with heavy rain at times and periods of light rain and occasionally a little sleet. Temperatures were nearly constant at around 39 degrees. Wind in the border area was gusting to around 20 MPH with an average speed of about 10 mph. Nasty weather for a border op. I maintain that Mother Nature hates me and now she has an ally in OLD AGE.

First to arrive on Friday was Shorty at around 4 PM. We waited for Charlie-1 until about 9 PM then strategized ops for the evening. 9:30 received a call from Patriot-5. He, Infidel, Beast and Patriot-1 were on there way with an ETA of 10:00 PM. 10:15 PM Miramar arrived. He had already been to the border and witnessed BP apprehension of 10 to 15 illegals and one "load car". C-1, Shorty and Miramar opted to retire for the night because of the bad weather. 11. PM Patriot-5 reported he and 3 others were on the border and would stay until relieved.

Saturday. After feeding horses I went to breakfast at the casino with Shorty and Miramar while Charlie-1 set off for the border. The Patriot 5 group was still on the line and had been joined by Red Army, Turtle and Gulf-1. After breakfast Shorty fed a slot machine and won over 250 dollars, 200 of which he promptly donated to the Mountain MM operations fund. Shorty and Miramar set off for the border while I came back to the ranch to attend to chores. When arriving back here I found an old friend waiting. Call sign, "Infidel" A young active duty Marine sniper who had recently returned from Iraq. Infidel and I had become fast friends when on a border op the previous summer, we had come under fire from smugglers. Of the group that was with me, only he had insisted on staying and covering my six while I searched for more gunmen. There are Marines and there are DAMN GOOD Marines, Infidel is a damn good one. At about 11:00 AM I joined the others on the border. At about the same time most of the Patriot 5 group retired to their motel for some sleep and food.
Reports I received when I got to the border were that several small groups of potential IAs had been observed approaching the fence and there were at least two small groups hunkered down and waiting to cross. One group had built a campfire just south of the couch trail. No one had crossed because of the Minuteman presence all of the night before. After getting verbal reports from beast and Patriot 1, Beast and I set off to see the new section of fence around the Cap Rock that a BP major had called to tell me about a couple of days before. Some may recall the shooting in the Cap Rock area last summer that resulted in three dead and three wounded Mexican nationals shot by Mexican drug smugglers. Two of our members [Beast and Patriot-5] witnessed that firefight and I was the first on the scene when the shooting stopped only entering the area to see that our people were not in danger. We drove slowly up the "G" road [Main border road next to the fence] looking for fresh footprints or sign of a crossing to the top of hill 122 where we could see the start of the new fence and also see several hundred yards of new fence to the east of us. The contractors did a great job on the new fence and we were very glad to see that the Cap Rock area was now unavailable as a crossing area for potential IAs. A BP agent joined us on hill 122 and welcomed us to his area of operations. During our subsequent discussion the agent revealed that because of the new fence in this area, The area around Patriot Point (The Mountain MM normal op area) and Zuellner’s high point was being hit especially hard because it was the closest area with nothing but the old, easily crossed fence, for protection. We were hours away from finding that the agent had understated the situation. Beast and I drifted back the way we had come until we met Shorty and Bravo-2 who had set up in the area called 5 Star to watch the border. After BSing with them for awhile and teasing Bravo-2 about the new lift kit he had installed on his Jeep, I dropped Beast at his former position with Patriot-1 near the couch trail and continued east on the border road to say hello to Ridgerunner, the Campo MM who had helped me get our old mobile home HQ off of Patriot Point a few months earlier. Then I came back here to the ranch to feed livestock and throw a pot of coffee in a thermos in preparation for the evening.

Arrived back at the border just before dark and after a short confab with Gulf-1, Beast, Red army, Turtle and Shorty it was determined that I would head west to Zuellner’s high point, Shorty would sit at Patriot point with Wildcard, Beast would stay near the couch trail and the rest would patrol east of the point and wait for Miramar and Infidel who by that time were off in Smith canyon to the east, chasing down three IAs with Charlie-1. Only minutes after arriving at Zuellner’s I spotted 6 people crossing the border about 300 yards below and directly south of my position. I called in to BP and they responded immediately. BP followed the IAs down a canyon and I lost track of them. 20 minutes or so later a BP agent driving a "scope" truck arrived at my location and because he had much better equipment than I did we determined that I would move east and cover his flank from hill 127. 30 minutes later from my new vantage point on hill 127, I watched BP agents apprehend the six I had reported earlier. A short time later I observed two spotters near the summer of 241. I watched them with the NVG scope for awhile then radioed their presence to those in our group who were east of the 241. Later one of the spotters walked a few yards down the hill and watched me watching him. He must have gotten cold or bored after awhile and walked back up to his perch to try and get out of the rain and wind. I could see the light from his cell phone come on several times and they stayed where they were for nearly three hours then I lost sight of them. It was windy, cold and wet up in those rocks, maybe they got tired of me sitting there watching them and went home.

While I was sitting warm and comfy in my truck others of our group were not so lucky. I got a radio call from Infidel at about 11:30 PM asking if I could fit a couple of soup sandwiches in my truck and transport them back to their vehicle. The soup sandwiches were Miramar and Beast who had been keeping track of groups of potential IAs close to the fence about 1/2 mile east of where I had been on hill 127. When I got to their position I found them standing in the road, soaked to the skin and freezing cold,

While I stayed busy on the west side of the 241, the rest of our group was on the east side of the hill and were kept very busy monitoring 4 separate groups just south of the fence. Infidel did a great job of keeping track of them with a thermal image scope and coordinating movements of our people to better positions and monitor the potential IAs. Our combined efforts netted 22 apprehensions and over 50 TBS [turned back south] for the nights work.

Charlie-1 will probably update his blog soon. Watch for AARs that he and probably Red Army will be posting. Those posts will describe the happenings east of hill 241.

This entry was posted on February 10, 2009 by C1. It was filed under Uncategorized .